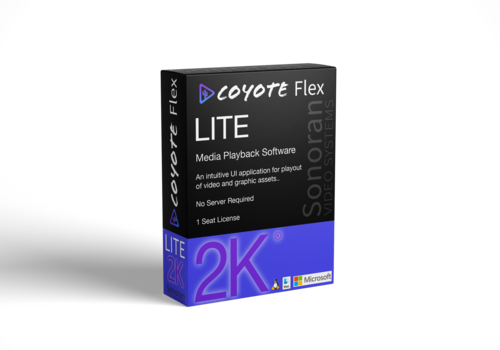 Flex Lite v3.0, is a single player video playback application designed to push video out of the intergrated GPU using HDMI/DP/USB-C or NDI 5 protocols. This version is Windows only. (Mac and Linux coming soon. Licenses can be removed at anytime from Windows and added to Mac at a later date)

Flex Lite is a single seat license, video and still playback application, that can be installed on Professional Mac, PC or Linux machines.